Welcome to our beautiful Shul!

Our shul’s trailblazing design has been viewed by many and replicated by some. At the heart of its allure is its inclusive design. Apart from its beauty, the shul gives everyone a close up feeling of inclusiveness without anyone feeling relegated to the recesses of the “back of the shul” or tucked away in distant “ladies’ galleries”.

Even when opened fully for the busy High Holy day season, the shul gives a sense of closeness and homeliness.

Its front wall is designed to give a sense of standing in front of the wailing wall. With its stained glass surrounding the Aron Hakodesh, the rays of sunlight which permeate the windows give a sense of Divine Ora being infused into the shul.

The shul is open to all who wish to attend, but guests need to confirm with the office beforehand for security purposes.

The stained glass windows form an arch around the Holy Ark and are a collaborative enterprise between Lewis Levin, one of the architects and designer Poncho Guedes, a former lecturer at Wits University. The windows represent the cycle of the Jewish Year. Click on each one to view a larger image and read more about it. 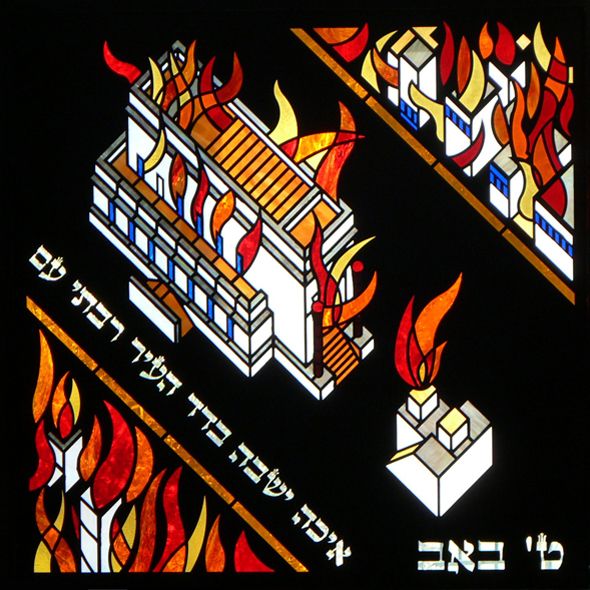 Tisha B'Av depicts the destruction of the Second Temple which took place under Titus in 70 AD. 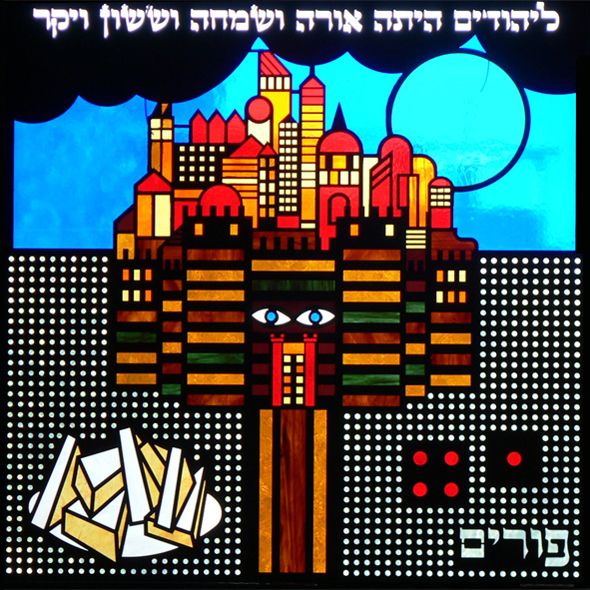 Purim which celebrates the story of Esther, depicts the walled city of Shushan which housed the evil man, Haman. 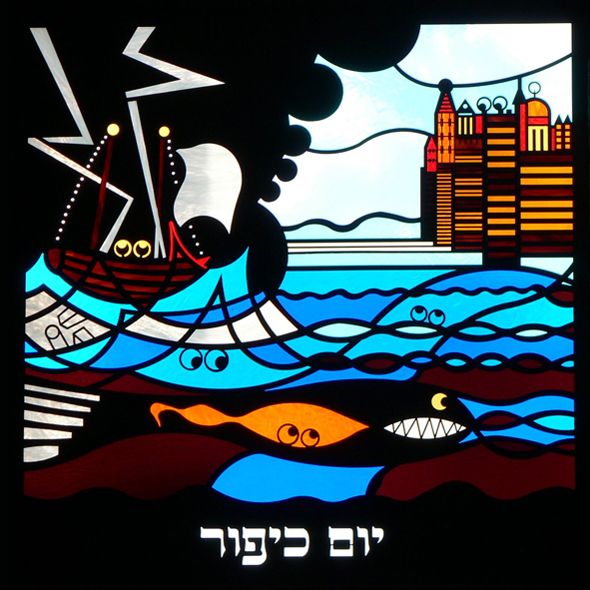 Yom Kippur, the Day of Atonement is the most abstract and complicated concept to interpret and it represents Man’s reconciliation with G-D and the power of rebirth. Guedes chose to depict these ideas using the symbolism of the story of Jonah, reborn from the womb of a fish. 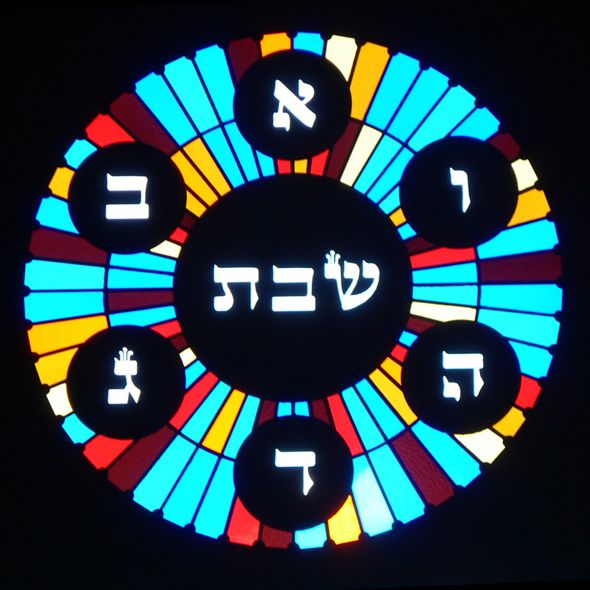 The Shabbat is represented by a circle divided geometrically into the days of the week with the Shabbat in the centre. 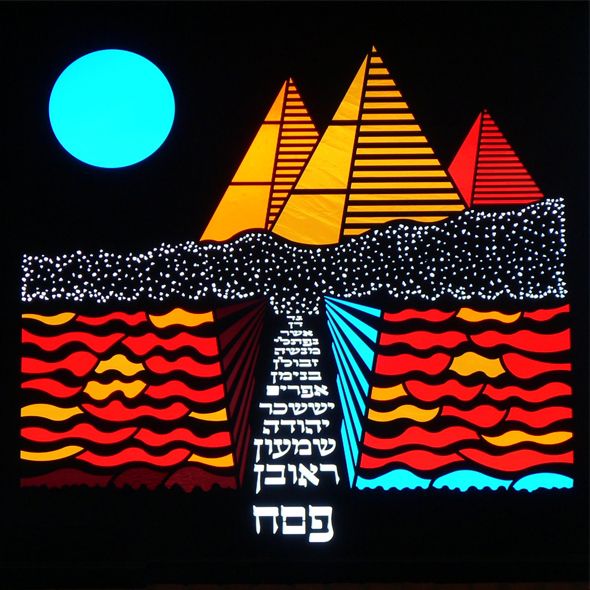 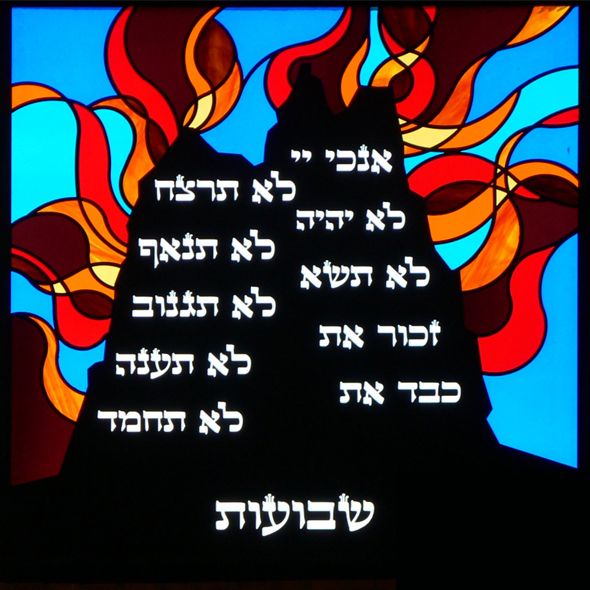 Shavuot is depicted by the Tablets, the commandments of Moshe and also a fire representing the Burning Bush. 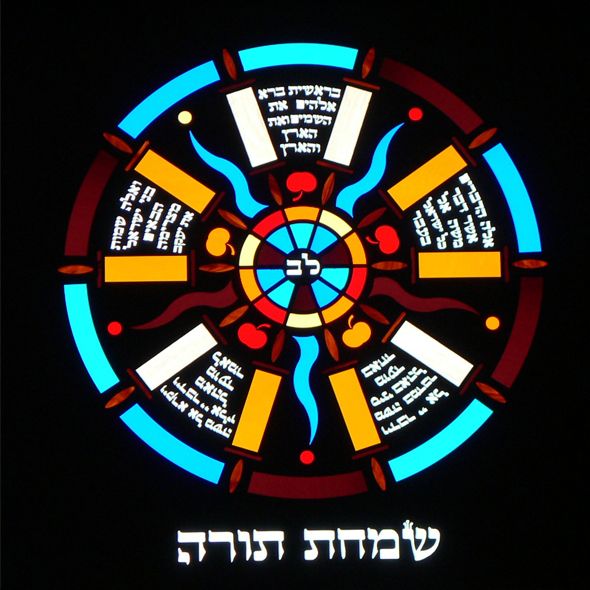 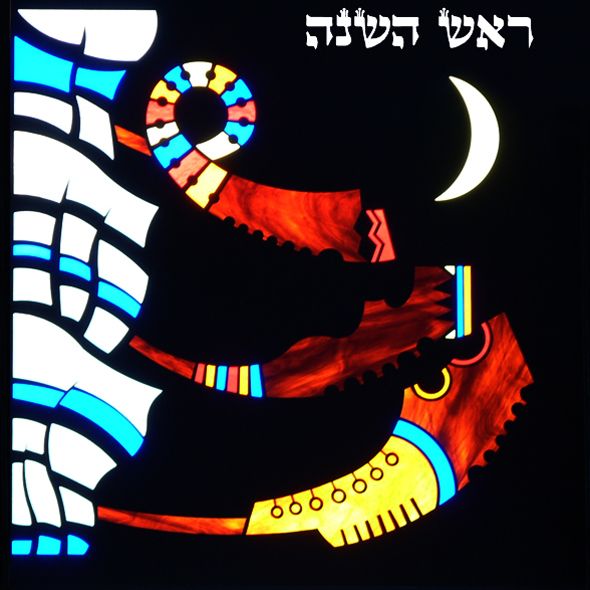 Rosh Hashana, or the Jewish New Year, is represented by the Shofar, the ram’s horn, which is blown on this day. 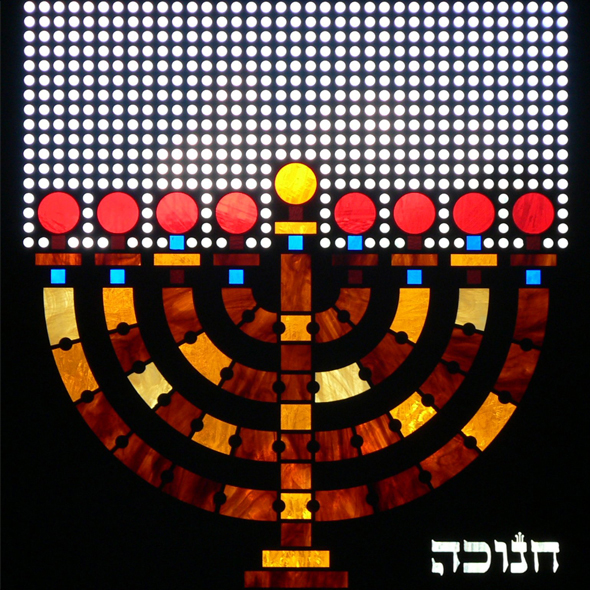 The nearest to representational art of all the windows, is Chanukah which is depicted by a Menorah. 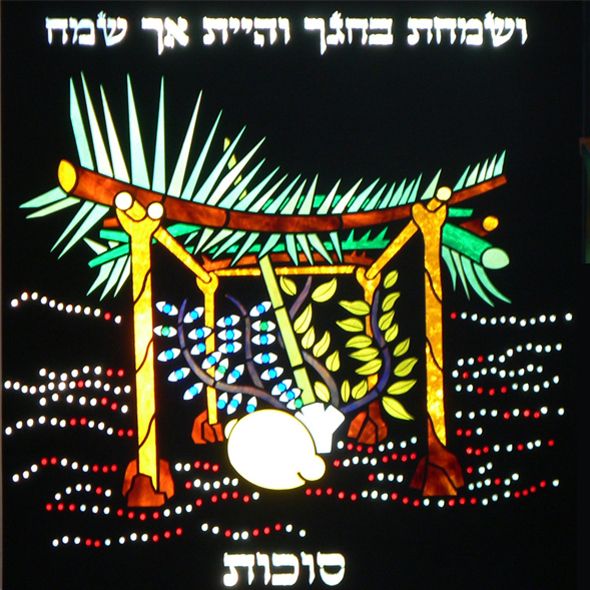 Sukkot, the Feast of the Tabernacles, is shown by a shelter in the desert.